What is going on this year? So many good influential people have gone and it’s only April. The latest one to pass was even younger than me, Prince Rogers Nelson was 57 and he has died. The man who influenced the 80’s the same as David Jones (Bowie) influenced the 70’s both lost in the same year, Prince at 57 and David at 69. If I was Cher or Tina Turner I think I’d be getting worried about now. What has happened this year that we are losing so many great musicians and other celebrities? Is it just that there is more illness around or is there something sinister happening?

I’ll leave the conspiracy theorists to come up with how the Government is behind it all, truth is no-one knows why there are so many celebrities popping their clogs this year. Musicians, actors, producers, politicians (the good and the bad) seem to be dropping like flies and there is a virus loose in South America (Zika) which is causing babies to be born deformed. Is there a plot being hatched somewhere that no-one is revealing? No I think we have been warned that this was going to happen towards the end of the 20th century, but it must have been held up as it’s only arrived now in the 21st century.

Enjoy the maestro because this is what it sounds like when doves cry!

Oh yes, Vlad the killing machine who threw his enemies onto poles hole first then watched them slide down and die slow and painful deaths. Vampires of the modern age are sexy, but the original tales were horrific and based on fact.
If you enjoy this post please leave a comment on the original post and not merely here, thank you 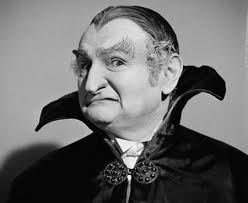 It really strikes me funny adults that pretend to be vampires. Why? I guess some think it is sexy. Although anyone seeing Bram Stokers Nosferatu wouldn’t have that as the first thing that came to mind.

I guess it was that Tween movie twilight that started the rage and now they are all older and don’t want to let go of their childhood. Just seems awfully silly to me. Besides the bloody legends that led up to Bram Stokers story really don’t seem the thing of child playthings. Dracula, Vlad the impaler was a worse murderer than we have ever seen in this age. The truth though was he was trying to protect his people from invaders. Some in Romania still think of him as a hero. So when you middle aged vampiresses and vampires put in your plastic teeth I hope you give a thought to he who started…

I love this and hope you do too. Let’s get together and spread love and peace around us. As always please leave comments on the original post and not just here. There’s more love to be found if we really care enough.

Everything I Never Told You

Someone who receives
my invitation and can’t
wait to come over.

My house, lit up by
moonshine and heart
light, awaits your arrival.

I bake a cake in expectation.
I’m hoping to sit with you
on the front porch, and
converse in real ways
where I can sit with my
legs crisscross and
not worry about how I look
with my hair up in a bun, no
make up on. You’ll look beyond
the shallow and see grace.

We’ll see our way to the
other side of the conversation,
your side, my side, our side.
And I won’t want more
than I have, now or before.

Did you receive my invitation?
My someone, my someone like you?
I’ve tenderly adjusted the view.
No backbends or recrimination,
not a single back wound.

Come over. The door and chapter remain open.
Rest here with…

I’m dreaming of you. No, someone like you. Someone who receives my invitation and can’t wait to come over. My house, lit up by moonshine and heart light, awaits your arrival. I bake a c…

I’m not one given

Why is peace hard to achieve?

You’d think nothing could be

Should be easy to find

It’s just a state of mind

Nothing could damage more

Than hate, it’s such a waste

Drawn to the Next World

Inspirational blogs can be found by accident or by reposts. This blogger is wonderful so please check out the site if you enjoy this poem. As always please leave all comments against the original post and not just here, thank you from the heart for reading.

OK, chapter 2 finished with the assassination of JFK, now we move on to the year I turned 10 and the following year. Before I do get going let’s catch up on world events in 1964. The Beatles had conquered Great Britain the year of JFK’s death and this was the year they conquered America, Asia and the rest of the planet. They took Black music from the Americans and then gave it back to the white kids in America. Opening the floodgates for the rest of the British Invasion (The Rolling Stones, The Animals and others). It suddenly seemed as though Rock N Roll was going to take over and the world would become a much better place for everyone.

As the year began Pete and I started smoking, just for a lark at first but it soon took over our lives with most of our pocket money being spent on the cheapest we could find and matches. As he had the best hiding place at his house we would hide our stash and have a smoke while walking to school everyday. Most Saturday mornings were spent shopping in Kirkcaldy with the family, Saturday afternoons though were meant to be fun times. Round to see Pete, we would go exploring the local parks for somewhere to hide and have a smoke while watching the world go by. Those were the best days, smoking didn’t have the stigma attached that it now does, also we weren’t breaking any laws as you could buy cigarettes almost anywhere and there weren’t any restrictions as to age.

This year was another first for me, I discovered American comics and became a fan of the superheroes, Batman, Superman, Green Lantern, X-Men, Thor, Iron Man and The Avengers. I had limited resources, as did the rest of my friends so we would buy one comic each and share them around. Needless to add that the back drop to our reading sessions would be the radio. Our station of choice during the day was Radio Scotland, broadcast from international waters off the coast, and Radio Luxembourg in the evenings. The only problem with Luxembourg was the signal would fade in/out. Apart from Saturday mornings the BBC would play Muzak rather than the sounds we wanted to hear.

That summer, on the family holiday to Newcastle, I found out that my cousin had also started smoking so we hung out together a lot once school had finished for him. He was also into the same groups I was and introduced me to a friend of his, Gordon, who was older and had quite a record collection. I also saw some people around Newcastle who would go on to become semi-successful musicians, Alan Price and Chas Chandler. My cousin pointed them out to me so I shouted across “Hey Alan, Don’t let me be misunderstood!” With a smile on my face. That being the title of a record I’d heard Gordon mention by The Animals (yes they were indeed 2 of that famed Geordie group, they had a hit with The House of the Rising Sun previously). Good times.

On returning home after, I couldn’t wait to see my friends and tell them, but the local parish priest was looking for altar boys so I took myself along. He had made quite an impression on our local school so there were about 20 of us turned up. At this time Mass was celebrated in Latin so we had to be prepared to learn it. Over the course of the next few weeks we would learn Latin after Mass weekday mornings. For those few individuals who think that this could lead into tales of debauchery and child abuse I’m happy to disappoint. Father Grace was a wonderful man who spent time getting to know every member of his congregation. I was privileged to have had such a wonderful teacher, he taught me Latin and history during my time in his company.

I won’t dwell on things too long as this is a brief history of my life, I enjoyed being an altar boy and found several new friends this way as we would officiate in pairs, not always with the same person. I used to do mornings as well, which meant a 6 a.m. start, church by 6:45 to get ready for Mass at 7, then home after for breakfast before heading to school for 9. Any time I would be there with Pete it would be back to his place for breakfast then walk to school. I’m sure those were happier times with less crime, and it was not just because no one had anything worth stealing. Simpler times for everyone.

Any road up, as the actress said to the bishop, we used our imaginations to have fun, games of football were a general kick about in the street or in a park usually with 40 or 50 a side. Happy times, we used to also play games of tag, blind man’s bluff and hide and seek. Sometimes my friends and I would just go wandering around old deserted rail tracks, playing with things we picked up. There was an old railway line which ran between the paper mill and the mainline station in Markinch. This was longer than just the spur into Tullis Russells so we had a lot of options open to us as long as we watched out for trains.

Once school was back the days were getting really shorter and the weather colder. There was more to watch on tv so we tended to meet up less, on Thursdays we had Top of the Pops, Friday was the weekend with Ready Steady Go and on Saturday it was Dr. Who. Happy Days indeed. Sunday would start with church, home for the Sunday Roast and then either family coming over to us or we would visit them in St. Andrews. Two of my cousins had also started smoking, Trisha and Frances, so when our 3 families got together the 3 of us would go down to the beach or pier and hide so we could have a smoke. We used to take it in turn to provide the ciggies as we were all around the same age.

I think that this was also the time we used to visit the New Picture House in St. Andrews where we watched some memorable films and generally had a blast away from adult supervision when we were all together, 10 of us. More of that next time, dear reader.