I came across this earlier

Listening to an anti drug song earlier by Roy Harper, the irony hadn’t escaped him either. As an introduction he mentioned that “Drugs for Everyone” was an anti-drug song he’d written some time ago, given his past relationships with chemicals and herbs, it was rather a strange thing for him to do.

I was reminded of another anti-drug song by Harry Nilsson called (I think) “The Ivy Colored Walls”, again not someone instantly associated as being anti-drug. A bit like Keef Richards dressed like a pirate and expecting us to believe he can act the part of Johnny Depp’s dad.

If there was ever a song of irony, however, it would have to be Ironic, by Alannis Morrisette. The thing about irony isn’t the fact it makes sense, it’s rather the fact that it seems strange. This is because we’re all strange in some way.

On that note I’ll bid you goodnight and catch you tomorrow.

Yesterday, 28 June 2012, will remain in my memory for a long time. I went out in the morning and, although it was raining it was very warm, on my way home the sun was shining which lifted my spirits. After dinner, I decided to take 5 before deciding whether to go back out or not. 20 minutes later I was pleased with that decision as the sky darkened I could hear rumbles of thunder so I moved position so I could watch the sky. I didn’t have to wait very long for the rain and flashes of lightning to start. Within an extremely short space of time the rain became torrential and the lightning, while not being continuous, must have been very close as the thunder followed within a second.
The beauty of the storm, natures very own firework display, soon changed as the street outside became a fast flowing river. While watching the local news last night I heard that Newcastle’s city centre Metro stations, all of which are underground, had all been flooded. Lots of roads in and around Newcastle were impassible which led to buses being cancelled and cars abandoned.
Yes, I thought, this is heading towards the end of the beginning. Ok I don’t subscribe to the belief the planet will end on 21 December 2012, however, I do believe that we are building towards a climax of epic proportions on that date as Mother Nature tries to fix the ecological imbalance which we have created.
My friends, fellow bloggers, and readers of this blog, I would be interested to find out your thoughts on this. Nature is concerned with survival of the planet and not survival of any species living here, do you think mankind can survive for another few millennia or are we destined to die out after a few hundred years more? 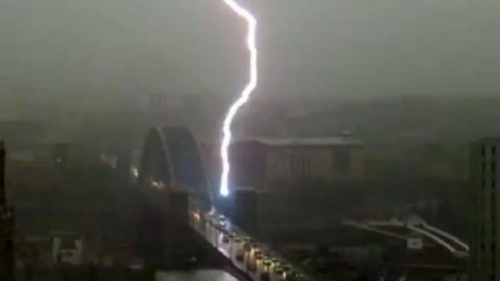 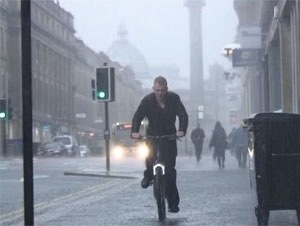