Today’s message is brought courtesy of our beloved Scouse Drummer, who’s claim to fame began when he was part of an obscure little group in the late 50’s/early 60’s “Rory Storm and the Hurricanes” since then his slide into obscurity came so quickly it was unbelievable. Joining a band called The Ruttles… so sorry, I was thinking of something else, he joined “The Beatles” in 1962 and was the powerhouse behind their hard won success. Shame it couldn’t last. Anything worthwhile always comes at a cost. If you don’t want to pay the price then don’t try to achieve anything at all, ever.

Got to pay your dues if you wanna sing the blues but you know it don’t come easy.

“Be Gentle” – Promote Yourself

If you enjoy this poem please checkout the rest of poetrecreations WordPress site.

Be gentle with your heart child,

kind with you spirit,

You are a lover, a creator,

You are the reckless, the wild,

You desire, you speak,

roar in the face of terror,

acknowledge your own error.

Run where the wind takes you,

laugh until you cry,

Be bold, be strong, be vibrant but above all,

be gentle with your heart child.

So a little bit about myself:

Eimear Connolly is a PhD student in microbial genetics who is quietly turning rogue poet. She is the curator of her own small poetry blog http://demonsonaleash.wordpress.com and is an active member of the WordPress community. She also has a Facebook page so that she can fill the timelines of her friends with her poetry. https://www.facebook.com/demonsonaleash?ref=hl.

She lives in Ireland with her partner.

The Doctrine of the Doers—5 Principles of Achievement

Insightful look into success. Enjoy and check out Kristen’s blog for yourself.

Same can be said about writing a book…

Success has a LOT of common denominators. Whether we want to be an excellent parent, run a thriving business, earn a promotion, have great friendships, become published, lose weight, one day have enough money to build a secret lab in the side of a mountain…? There are fundamentals we are wise to understand and apply.

Thus today, we are going to talk about 5 Principles of Achievement or The Doctrine of the Doers because I dig alliteration 😀 .

Principle #1—Understand What We are Doing is HARD

Pros make stuff look easy. I can listen to Donald Trump ten minutes and believe I, too, could be a financial genius. When I was four, I recall being allowed to watch Wonder Woman and she did these amazing handsprings. Well, pshaw! I totally could do that…or not.

And my cousin found me semi-conscious and…

And my soul saw me, and for the first time…

Tell Me About It 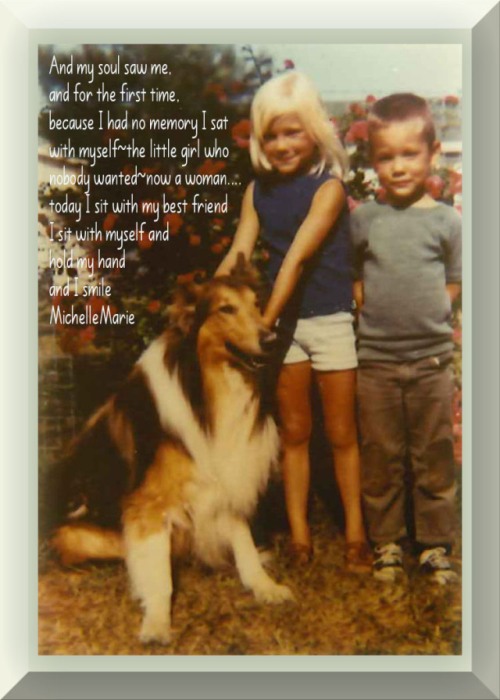 And my soul saw me,
and for the first time,
because I had no memory I sat
with myself~the little girl who
nobody wanted~now a woman…
today I sit with my best friend
I sit with myself and
hold my hand
and I smile
MichelleMarie

Blog of a Mad Black Woman 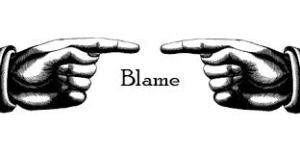 Under normal circumstances, I would not write a post about this, but after reading this article, I felt the need to.

I am absolutely sick to death of blame shifting. Whether it be a victim from a Domestic Abuse situation, wrongly being blamed; or from a parent blaming others for what I believe, a situation which clearly begins from home.

England/UK, has become a right mess because of the exaggerated use of all this PC bullshit, not to mention the Human Rights Act being taken out of context – namely, working in favour of criminals.

Back to this article. It has annoyed me no end.

Why the hell are UK Counter-Terror Officials to be blamed? I’m sorry, but if the parents missed what their children were doing, why should the blame lie on the shoulders of someone else? How is…

Still new to this tech

Can anyone explain to me how to embed a video from you tube here? Do I have to download it first? If anyone can give me an idiots guide it would be appreciated.

An Urgent Need for Greed

If this doesn’t hit your funny bone, you must be dead already.

Have you ever come across someone who just blows your mind? There are so many people blogging nowadays on WordPress that I could spend my time fruitfully just reading blogs by others. In fact, most days now I do just that, I find some real gems hidden within my reader. I’m so blessed these days with the number of friendships and mutual appreciation of blogs that I have found. I truly am blessed to have so many people post their own, or share others, words of inspiration and reach out to try and make this a much better world to live in. My love goes out to all those who believe war is not an answer, even though it’s sometimes necessary to fight. I still don’t understand why so many look up to evil and want to spread its poison, there will always be those small minded people who don’t understand how or why we are all different, and how this should be respected if not revered.

Evil only understands force, that is why we need to be strong, but peace can be achieved, I believe, by teaching and showing the next generation love is stronger than hate. I’m just so blessed to have had such a wonderful mother who taught me well in the face of hatred surrounding us. I was born just after the huge conflicts which changed the world forever.

I lived through Vietnam, although I didn’t have an opportunity to go and fight, I saw how it polarised nations, I also witnessed racism from both sides of the coin. I saw how a lot of my friends were treated, by the so-called liberal, whites just because they were black. When I met my black girlfriend’s parents her mother was very welcoming but her father looked as though he’d eaten a wasp. A lot of my uncles were severely racist and anti-semitic whilst going to church every Sunday and Holy Day. My mother taught me how to laugh at the racists and to respect others no matter what they did, who they were, or the choices they made. I have tried to teach others, especially my children, to do the same.

A lot of people made the mistake of thinking that I am weak because of my choices, they often had a rude awakening. When I was at school bullying was a way of life and I chose not to feed into it. (I’m not sure if that’s grammatically correct). When I was in second year at secondary school, I made an effort to get in the line of fire when the older boys picked on the first years. This caused me a lot of short term pain but it was worth it to me. When I started in 3rd year to get an idea of my strength and ability to fight without fear, the bullying almost stopped completely. In my last year at that school there was only the 3rd and 4th years left. No fighting as both years looked forward to leaving school, some with jobs in the mines or factories and other’s with hope of a better life with some qualifications behind us.

Please check out the amazing Lisa Fulham if you enjoy this poem.

I feel your need

Burning through my body

On my pale skin

While roaming our hands

Clinging to the freedom

Of our exploring minds

Wow, impossible is only in the eye of the beholder? That feels so real, what isn’t possible today can be possible tomorrow, if you can dream it you can make it.