(I’ve Had) The Time Of My Life

Thursday evening, 17:25 outside Newcastle City Hall a crowd is beginning to form. Inside the stars of the show (David Gest’s tour with the title above) are getting ready for the meet and greet. All the blurb says the doors are going to open at 17:30 but that time passes and they are calling for the ticket holders from Smooth Radio. We are still waiting to go in at 18:00 when the Smooth Radio ticket holders finally arrive and are shown in first.

18:10, cold and miserable we are finally allowed in but only 12 at a time. We walk down to the front of the theatre and wait to be introduced to David Gest and I notice Dorothy Moore walking slowly over. I’ve been a huge fan of most of the stars on here tonight but Dorothy is a living legend, if she had only ever recorded Misty Blue that would have been enough but that was only her first hit. After shaking hands with David Gest and asking him to sign our programme we went over to Dorothy and I got my picture taken with her, asked her to sign my programme as well and then got pushed away to meet The Tymes. Those guys really look good even when chilling out and meeting fans.

After them came Freda Payne, I spoke to her for a little while (not a huge fan but I do enjoy her voice), Deniece Williams was next and boy does she look great still I am such a huge fan I couldn’t speak other than to ask her for an autograph. The rest of the cast were amazing and CeCe Peniston and Sheila Ferguson were like two old friends when I got to them. CeCe looks even younger than she did when I first saw her on Top Of The Pops in the 80’s. Sheila looks exactly the same as she did last time I saw her perform. We were pushed down the line by the people following us through, and the last but one person (Bill Medley) had a blonde lady sitting next to him who didn’t introduce herself. I’ve been a fan of Bill’s since the 1960’s so it was a great honour to meet him finally. The last person wasn’t someone I recognised (turned out to be Gregory Abbott) but I spoke to him and asked for his autograph. After, when I was going out I realised I hadn’t asked a few people for theirs so went to the back of them and tapped them on their shoulders at an opportune moment and they were very obliging. I haven’t got their permission to show their photographs (which I took) so I won’t include them all here just a few from the meet and greet.

The stars of the show. 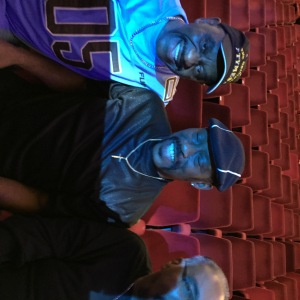 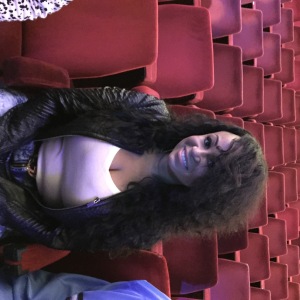 Sorry the pictures are on their sides, not sure how that happened as they are fine when I open them in my viewer (the storage area has them on the side so that may be how this happened.)